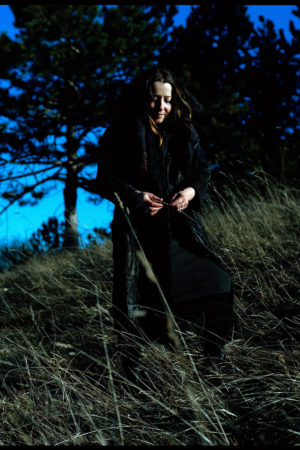 “In my work the animal becomes an accomplice to the operation of reality’s estrangement managed, ordered and controlled by man. The animal becomes intermediary to the re-emerging of our wild nature.

I am interested in the human-animal relationship and in the way humans try to categorize animals without considering the whole human-animal world: pets, farm animals, animals used as food, animals used as clothing, animals used as furniture. I often re-call the idea that our culture has associated to a determined specie, together with the gestures that mostly link us to the animal sphere, such as those connected to food, clothing or sexuality.

The results are installations that make the irrational part of everyone re-emerge, where the opposites ‘false’/’true’, ‘organic’/’inorganic’ live together in a small tragicomic theatre, proposing different faces of everyday life through an unexpected language, completely out of rules.

The grotesque joy emerges from that pagan dimension of nature where the characters are plunged.” Chiara Lecca

Chiara Lecca was born on 15 of June 1977 in Modigliana (Forlì-Cesena), where she lives and works.

She grows up in freedom in close contact with nature and the animal world in the grounds of the family farm. Of those years characterized by strong emotions and discoveries she holds precious memories that mark great part of her artistic work.

In 2005 she graduated from the Accademia di Belle Arti in Bologna, Italy. She has exhibited her works in various museums and private galleries in Italy and Europe, including Palazzo Reale, Milan, I, Museum Schloss Moyland, Germany (2016), Castle Gaasbeek, Belgium (2016), the Poldi Pezzoli Museum and Gallerie d’Italia, Milan, I (2013), MIC International Museum of Ceramics in Faenza, I (2012), Thetis Space Venice (2011), Kunst Meran/o Arte, I (2009), PROG Zentru fur Kulturproduktion, Bern, CH (2008).

Since 2008 Chiara Lecca is represented by Galleria Fumagalli, Milan, Italy.